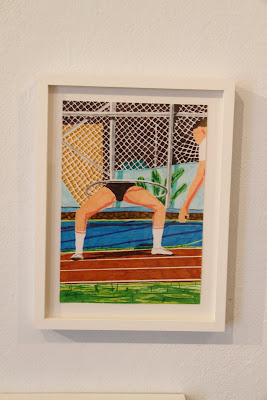 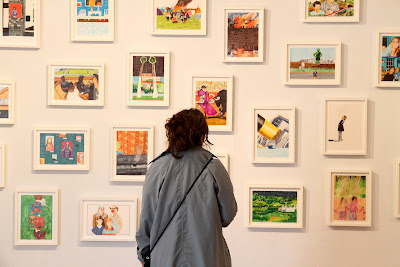 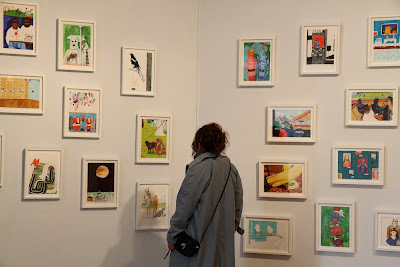 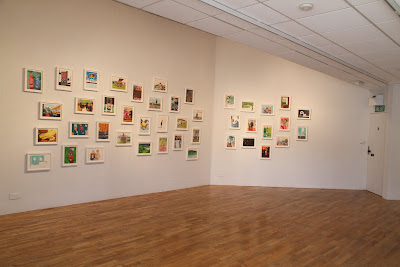 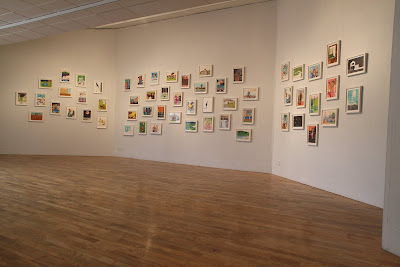 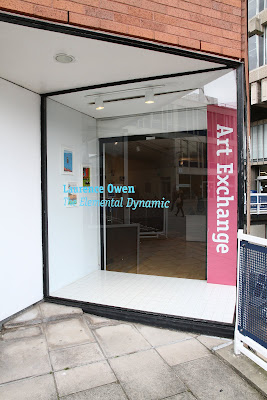 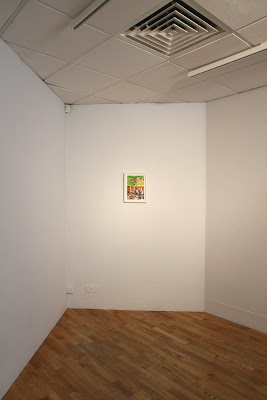 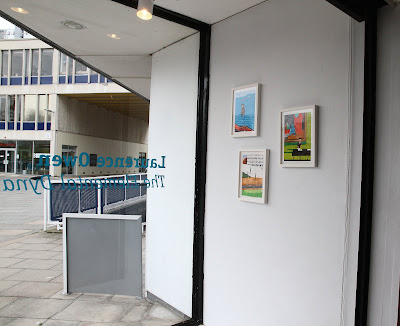 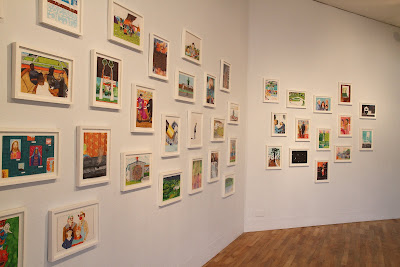 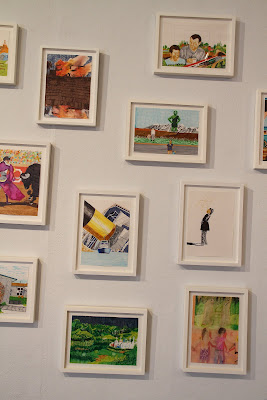 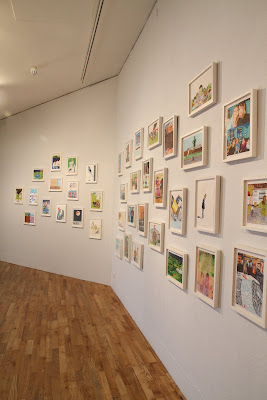 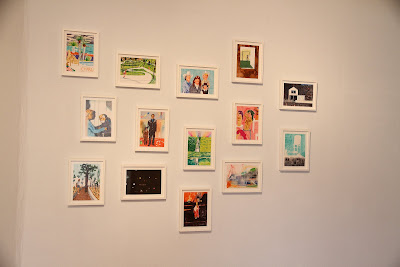 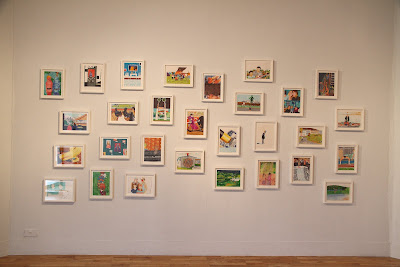 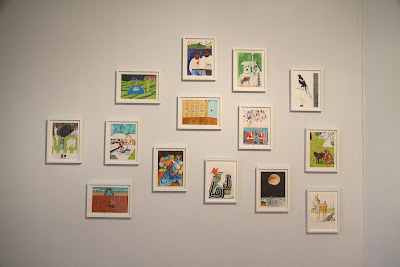 Taking the constrictions implicit in the supposedly childish medium of felt tips to see what might emerge with their garish tones, Laurence Owen makes a series of images which are both disturbing and familiar. He presents us with a skewed rendition of the everyday, appropriating the language of advertising, photographs and holiday brochures to his own ends. Owen calls his felt tip drawings ‘a newsreel of everyday life’, resulting in images that lie somewhere between the fantastical and the mundane.
No comments: 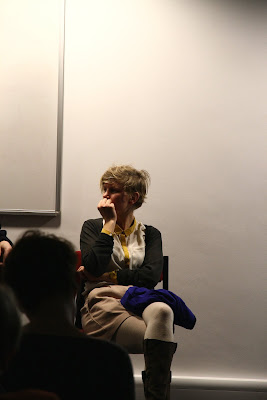 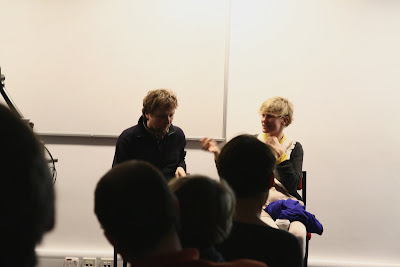 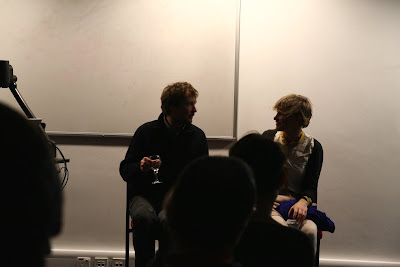 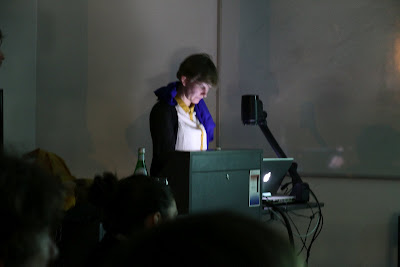 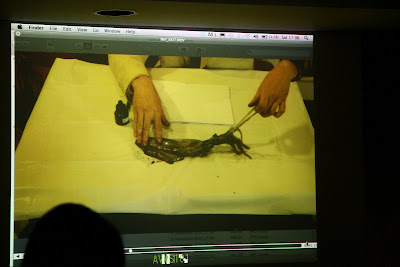 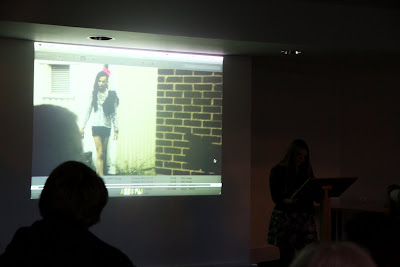 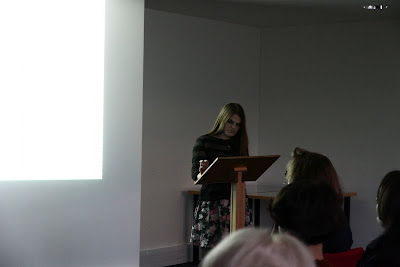 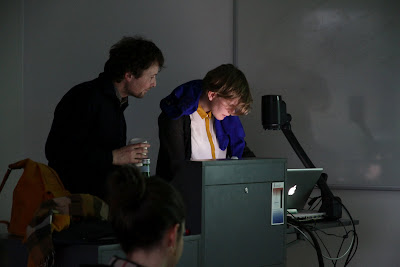 As part of the Laure Prouvost in Conversation evening, actor Francesca McCrohon, who plays Betty in The Wanderer (Betty Drunk) gave a reading from Rory McBeth's translation of Kafka's "The Metamorphosis." Prouvost selected particular images, sound clips, and pieces of video during the course of the reading that served to fragment the spoken text and unexpectedly produce new correspondences between word and image.
No comments: 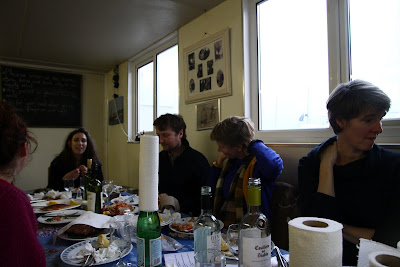 Food at the Company Shed on Mersea Island as a prelude to the evening event
No comments: 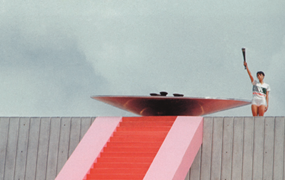 Intimate Bureaucracies: Art and the Mail